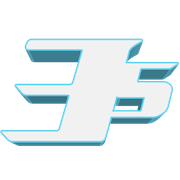 For Device Solutions, the results were mixed. While operating profit for the Display Panel segment registered an on-year increase, the Semiconductor Business saw profits drop by 38 percent compared with the same period last year, despite outperforming the previous quarter.

By business unit, the Mobile Communications Business was one of the leading growth drivers in the June quarter with KRW 20.52 trillion in revenue. With the successful launch of this year’s flagship GALAXY S III smartphone and robust GALAXY Note sales, the handset unit saw earnings jump by 75 percent from a year earlier.

The Visual Display Business also contributed to earnings gains with its diverse portfolio of TV models for both developed and emerging markets with 8.58 trillion won in revenue for the quarter.

“Despite a difficult business environment, we achieved stable profits in the second quarter through our differentiated products and competitive technology,” said Robert Yi, Senior Vice President and Head of Investor Relations. “As we move into the second half, continued fiscal instability in Europe and its effect on the global economy will result in the possibility of a slower-than-expected recovery and intensified market competition.”

Mr. Yi added that despite the economic uncertainties, “Samsung will enhance the competitiveness of our main businesses and reinforce our value-added, differentiated products as a means to improve earnings.”

Overall, the third quarter is expected to be marginally positive as demand for consumer electronics goods, including smartphones and tablets, remains strong and a stream of new products hit the market. Supply for display panels is also expected to increase, as TV makers prepare for the year-end holiday season.

Capex KRW 14 Trillion in First Half

Capital expenditure in the first six months was 14 trillion won, with 9.7 trillion won invested in the Semiconductor Business and KRW 2.6 trillion in the Display Panel segment. The total capex for the first half accounted for 56 percent of the annual capex budget of KRW 25 trillion planned for 2012. Capex for the first quarter was KRW 7.8 trillion.

Samsung’s Semiconductor segment – including the Memory and System LSI businesses – posted an operating profit of KRW 1.11 trillionon revenue of 8.6 trillion won for the quarter, which equates to a 6-percent year-on-year decline in sales.

Weak global demand for PC DRAM chips still weighed on Samsung’s push for a recovery, although it responded to increased orders for server and mobile DRAM and hastened migration to the 30-nanometer and below process.

The System LSI Business, which creates application processors (AP) and image sensors for smartphones, is forecasted to maintain profitability in the third quarter as demand for faster and higher-capacity chips used in mobile devices increases.

Samsung will also look to gain a leading edge in the mobile AP business, following the recent announcement of our acquisition of CSR’s mobile business and NanoRadio, which we expect to reinforce our already differentiated mobile AP technology.

In the third quarter, we anticipate a weaker-than-expected recovery in demand for PC DRAM due to lackluster back-to-school orders and intensifying competition.

In contrast, we expect market conditions for NAND to improve in the lead-up to the National Day and Black Friday holidays in China and the U.S., respectively. Samsung will continue to concentrate on value-added products such as server and mobile DRAM.

The Display Panel segment recorded an operating profit of KRW 750 billion on revenue of KRW 8.25 trillion. This amounted to a KRW 470 billion increase in profit from the previous quarter and a 16-percent increase in sales compared to the same period last year.

Despite weaker than expected panel demand due to the economic slowdown in Europe and low seasonality, Samsung’s total TV panel shipments increased in the low 10-percent range on-year due to strong sales of high, value-added products such as panels for 3D TVs and LED TVs.

Looking ahead, demand for TV panels is expected to grow in the next quarter as TV makers prepare for the end-of-year high-demand season and the Chinese National Day holidays. The effect of an energy saving subsidy in China is also expected to stimulate demand for LED TV products.

For the IT panel sector, the continuation of weak demand for panels used in notebook PCs and monitors was offset by strong demand for tablet PC panels. Launches of new smartphone products also contributed to continued profitability in OLED panels.

In the third quarter, economic uncertainty in developed markets and the sluggish market demand for notebook PCs and monitors is expected to dampen overall demand. The expansion and diversification of the tablet PC market, however, is forecast to fuel an increase in demand for tablet PC panels and Samsung will aim to expand sales of LCD and OLED panels for smartphones.

The highly anticipated launch of GALAXY S III and upbeat sales of GALAXY Note, along with a more competitive average selling price (ASP) than the previous quarter, have cushioned an on-quarter operating loss brought on by the seasonably weak earnings of businesses in IT Solutions and Telecommunication Systems.

A sales decline in Long Term Evolution (LTE) wireless broadband technology equipment and slow demand for PCs and printers in the quarter will turn around in the July-September quarter with the expansion of LTE networks in developed countries and modest revenue growth in IT products.

The smartphone market, in particular, will continue to be profitable as consumers are given a wider choice of new products at a wider range of prices while orders from emerging markets increase.

In the third quarter, Samsung expects to further strengthen its leadership in the high-end smartphone market with the sales of GALAXY S III and also in the LTE equipment business with new devices.

The Consumer Electronics Division – encompassing the Visual Display and Digital Appliances businesses – posted revenue of KRW 12.15 trillion for the second quarter, a 7-percent increase year-on-year. The operating profit of KRW 760 billion represented an increase of 66 percent compared with the same period last year.

Although demand for TVs remained flat year-on-year, Samsung posted improvements in both shipments and profitability. Increased sales in developed markets for the company’s premium TVs, such as the flagship ES7000 and ES8000 models, and expansion of region-specific LED TV models in emerging markets spurred a significant lift in earnings compared with the same quarter of last year.

This increase in demand saw Samsung increase its portion of LED TV sales from the mid 60-percent range to a mid 80-percent share, quarter-on-quarter.

As for Digital Appliances, sales of air conditioners rose on the back of strong seasonal demand and favorable market conditions in emerging markets. Moving into the third quarter, Samsung will focus on expanding sales of premium products and stabilizing overseas operations in the face of a possible slowdown in emerging markets and weak consumer sentiment in developed markets.

※ Consolidated Sales and Operating Profit by Segment based on K-IFRS